FDIC Announces Retirement of Diane Ellis, Director of the Division of Insurance and Research

WASHINGTON – Diane Ellis, Director of the Division of Insurance and Research, has announced that she will retire from the Federal Deposit Insurance Corporation (FDIC) on May 31, 2022, following a distinguished 34-year career at the agency. 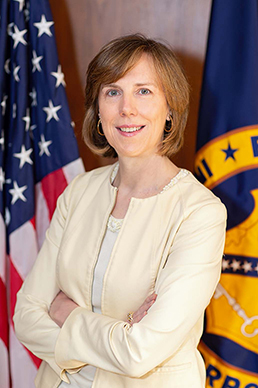 “I would like to thank Diane for her extraordinary service to the FDIC,” said FDIC Chairman Jelena McWilliams. “She is an exemplary public servant who made significant contributions to the FDIC’s mission at pivotal moments in our agency’s history.”

Ms. Ellis was appointed Director by the FDIC Board of Directors in 2013 to oversee the agency’s economic, banking and policy research program and management of the Deposit Insurance Fund (DIF).  During her career, Ms. Ellis led efforts to develop new risk-based pricing systems for the DIF and oversaw efforts to recapitalize the DIF and provide for its liquidity needs during the 2008 financial crisis.  She also led the development and implementation of a comprehensive, long-term DIF management strategy that has remained in place for more than a decade.

Prior to her appointment as Director, Ms. Ellis served as Deputy Director for Financial Risk Management and Research from 2008 to 2012, and played a significant role in the FDIC’s response to the 2008 financial crisis by leading the development of the Temporary Liquidity Guarantee Program, which guaranteed more than $618 billion in bank debt and more than $800 billion in deposits.

Ms. Ellis joined the FDIC in 1988 as a Financial Institutions Examiner in the Division of Risk Management and Supervision during the savings and loan crisis.  She continued her work reporting on emerging risks to the banking industry and the DIF as a Senior Financial Analyst from 1996 to 2000, then as Associate Director for Financial Risk Management from 2002 to 2008, leading the agency’s DIF management and pricing program. She has also held other key advisory roles at the agency, including Special Assistant to the Chief Operating Officer from 2000 to 2002, and Deputy to the Vice Chairman from 2012 to 2013.

A recognized expert in risk identification, deposit insurance pricing, and responding to financial crises, with deep operational and policy experience in domestic and international banking, Ms. Ellis has been elected twice to serve as a member of the Executive Council for the International Association of Deposit Insurers (IADI), an association of approximately 90 deposit insurance guarantee systems around the world.