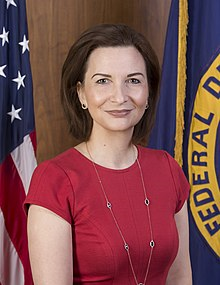 May 16, 2019 – FDIC Chairman Jelena McWilliams, in her testimony before the House Committee on Financial Services provided the following comments on Minority Depository Institutions.

I have challenged the FDIC to increase our efforts to promote and preserve the nation's Minority Depository Institutions (MDIs). Many of the institutions overseen by the FDIC are small banks, including MDIs, whose communities have unique needs for accessing financial services, and our oversight must reflect their critical role in our financial system. The FDIC embraces its statutory responsibility to preserve and promote the health of MDIs. The vitality of these banks is critical given their role in the economic well-being of the minority and traditionally underserved communities many MDIs serve.

The FDIC has a number of initiatives underway to support MDIs:

Beyond these outreach efforts, the FDIC is working on a revised policy statement to underscore our commitment to the health of MDIs. We will continue other technical assistance efforts with these banks, including with groups seeking to create new MDIs.

Full statement: Oversight of Prudential Regulators: Ensuring the Safety, Soundness, and Accountability of Megabanks and Other Depository Institutions