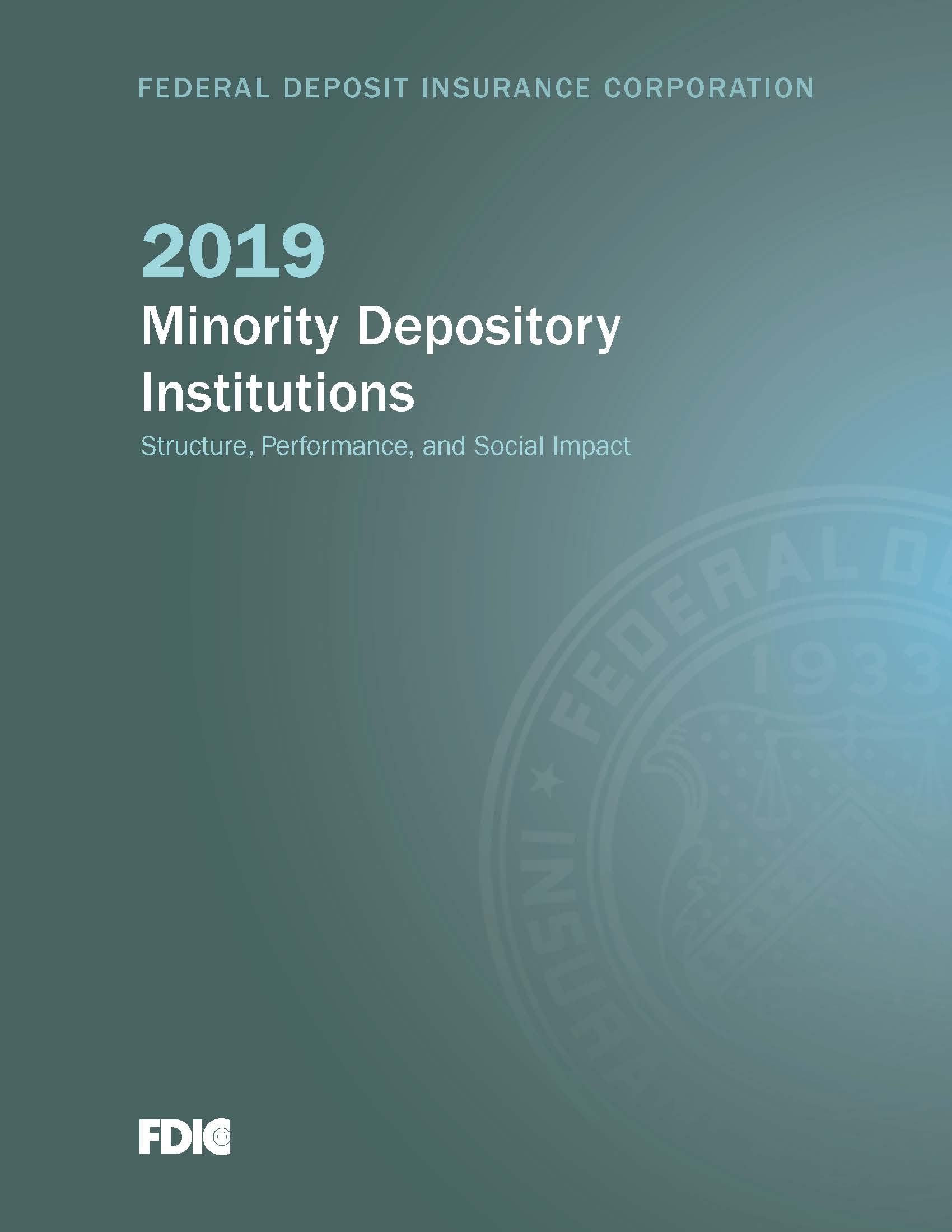 On June 25, 2019, the FDIC released a new research study on Minority Depository Institutions (MDIs). This study explores changes in MDIs, their role in the financial services industry, and their impact on the communities they serve.

The study period covers 2001 to 2018 and looks at the demographics, structural change, geography, financial performance, and social impact of MDIs.

A key conclusion of this study is that MDI financial performance has significantly improved over the past five years, particularly in terms of revenue generation and loan performance. However, from 2008 to 2018, the number of MDIs declined 31 percent, but more gradually than community banks, which declined by 33 percent. From 2001 to 2018, the number of Asian American, Hispanic American and Native American MDIs increased and the number of African American MDIs declined by more than half and now represents 15 percent of all MDIs at year-end 2018.

The study also found that MDI character was preserved in voluntary mergers and failures; more than three-fourths of the assets of the merged institutions and 86 percent of the assets of the failed institutions remained with MDI institutions. In addition, the study concluded that MDIs originate a greater share of mortgages to borrowers in low- and moderate-income census tracts and in census tracts with larger shares of minority populations than non-MDIs. The same is true with loans made through the Small Business Administration’s 7(a) loan program.