Good afternoon, and welcome to our release of fourth-quarter and full-year 2018 performance results for FDIC-insured institutions.

Community banks also reported another positive quarter. Net income at community banks also benefitted from higher revenue and a lower effective tax rate, as well as loan growth that was stronger than the overall industry during the year.

The current economic expansion is the second-longest on record, and the nation's banks are stronger as a result.

While results this quarter were positive, the extended period of low interest rates and an increasingly competitive lending environment continue to lead some institutions to "reach for yield." With the recent flattening of the yield curve, new challenges for institutions in lending and funding may emerge. Furthermore, the competition to attract loan customers remains strong, and therefore, banks need to maintain their underwriting discipline and credit standards.

These factors have led to heightened exposure to interest-rate, liquidity, and credit risk. Banks must prudently manage these risks in order to sustain lending through the downside of this economic cycle when it occurs.

Remarks of Diane Ellis, Director of the Division of Insurance and Research: 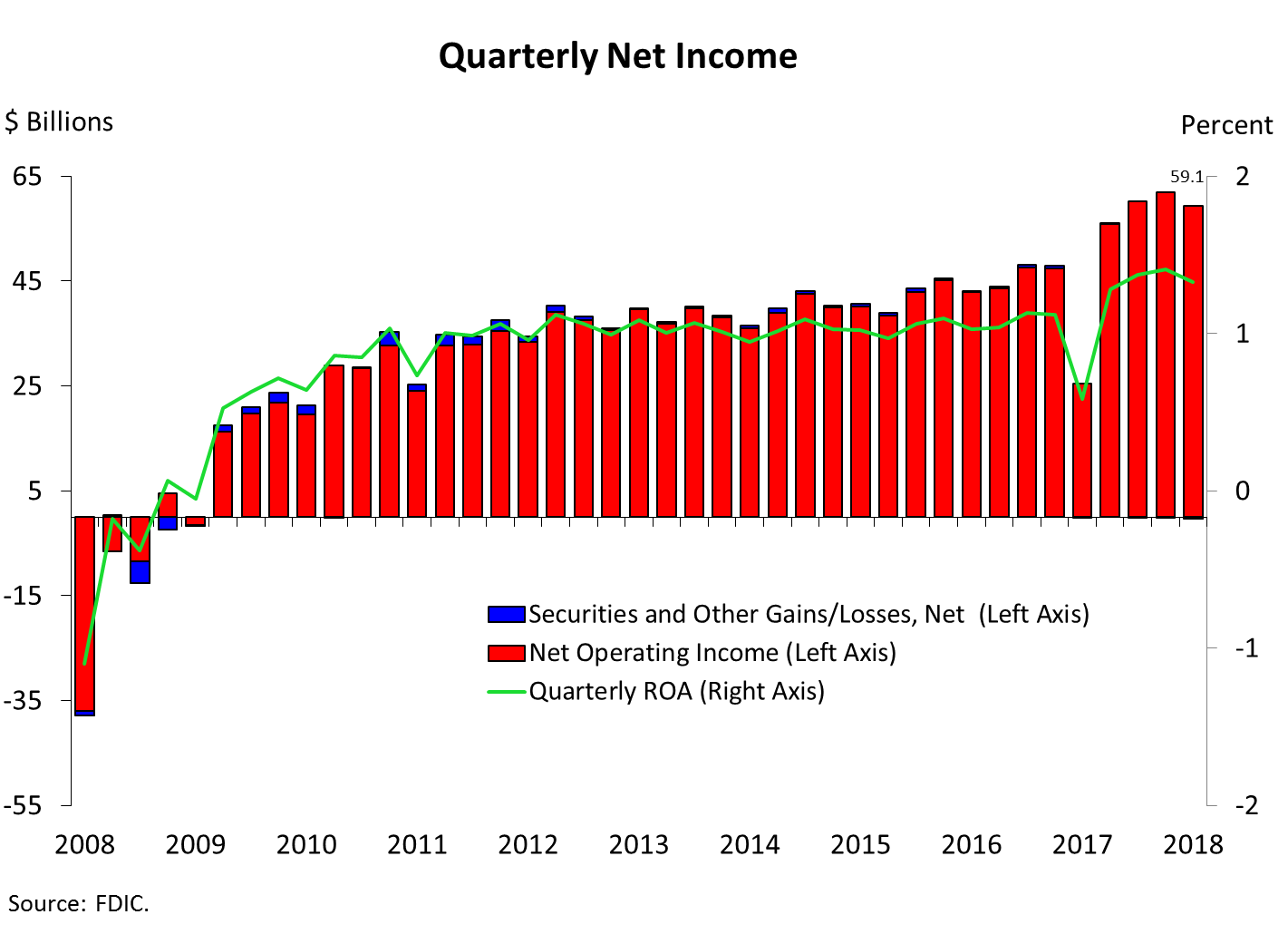 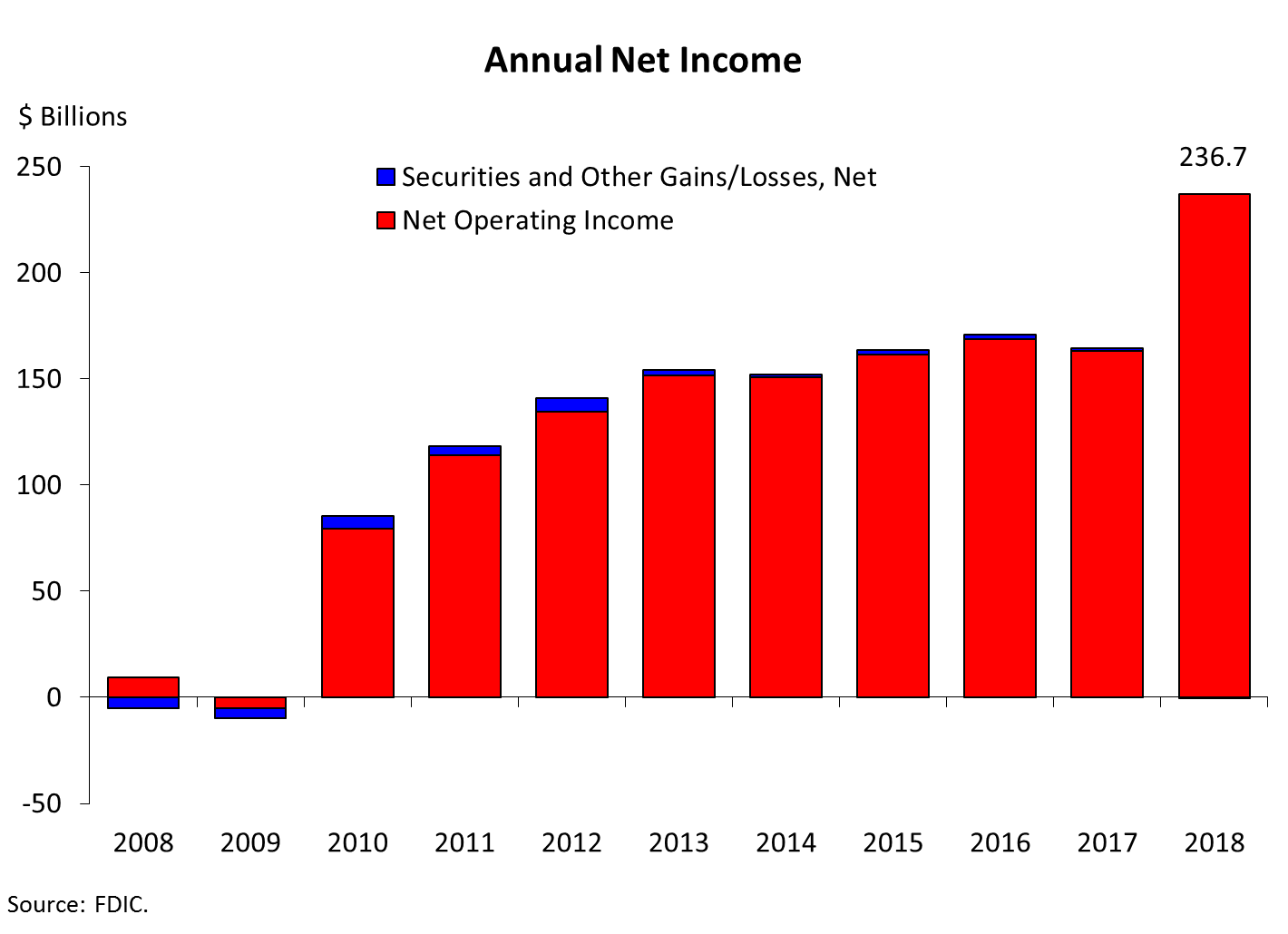 Adjusted for tax-reform effects, we estimate that full-year 2018 net income would have been 207.9 billion dollars, or 13.6 percent higher than 2017. 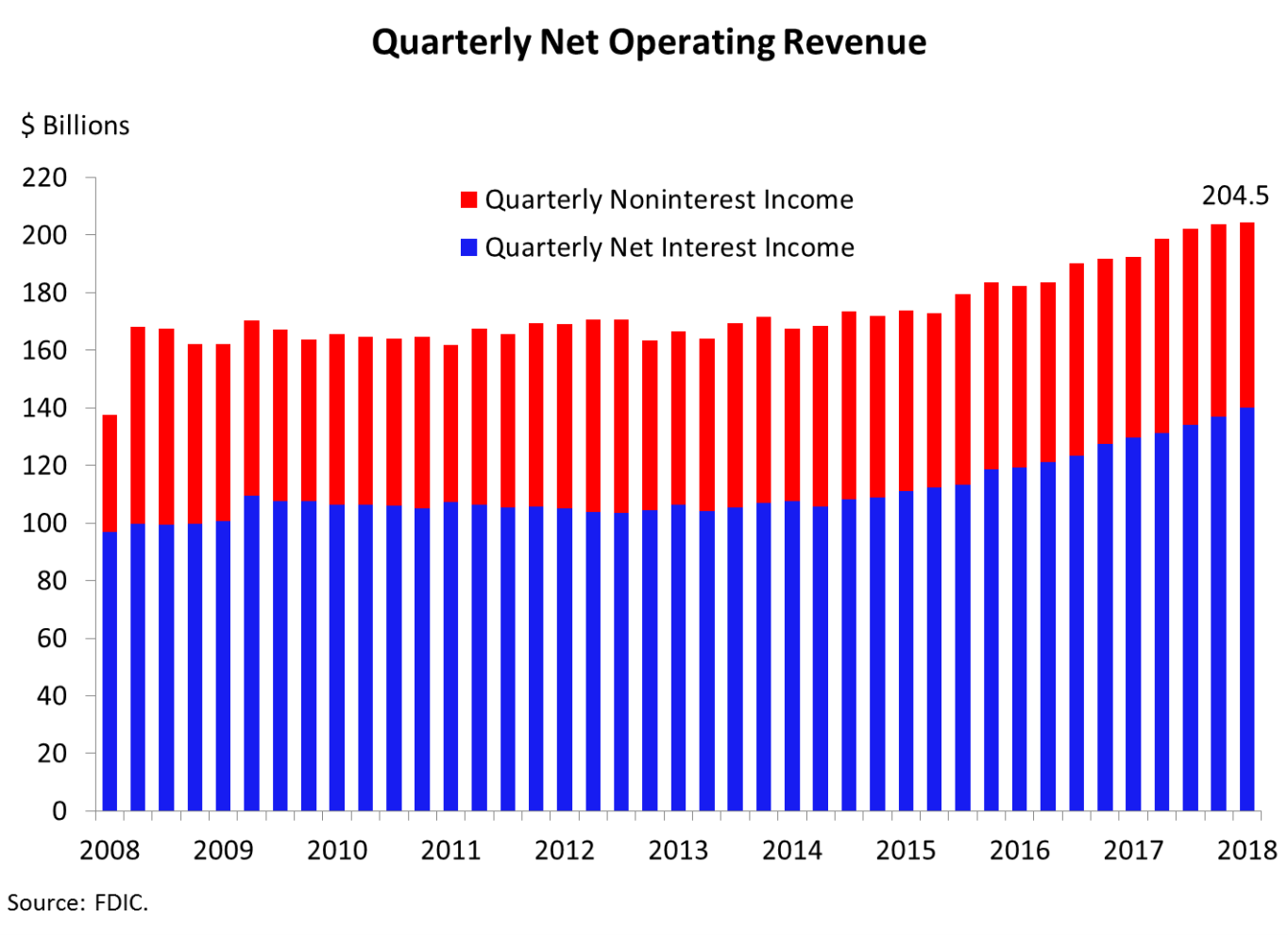 The next chart shows that net operating revenue totaled 204.5 billion dollars in the fourth quarter, an increase of 6.3 percent from a year ago. The growth in revenue was due to higher net interest income and higher noninterest income. 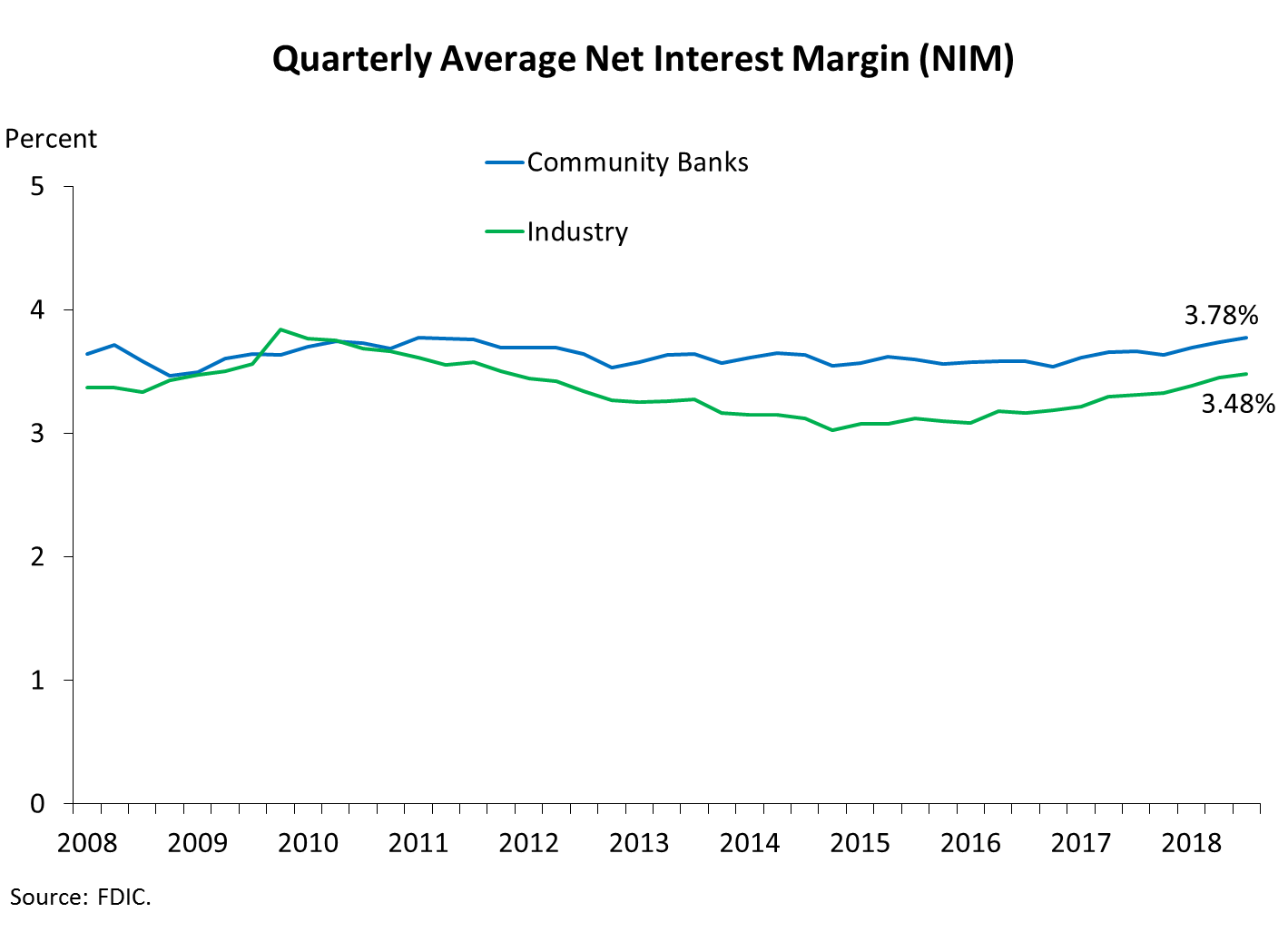 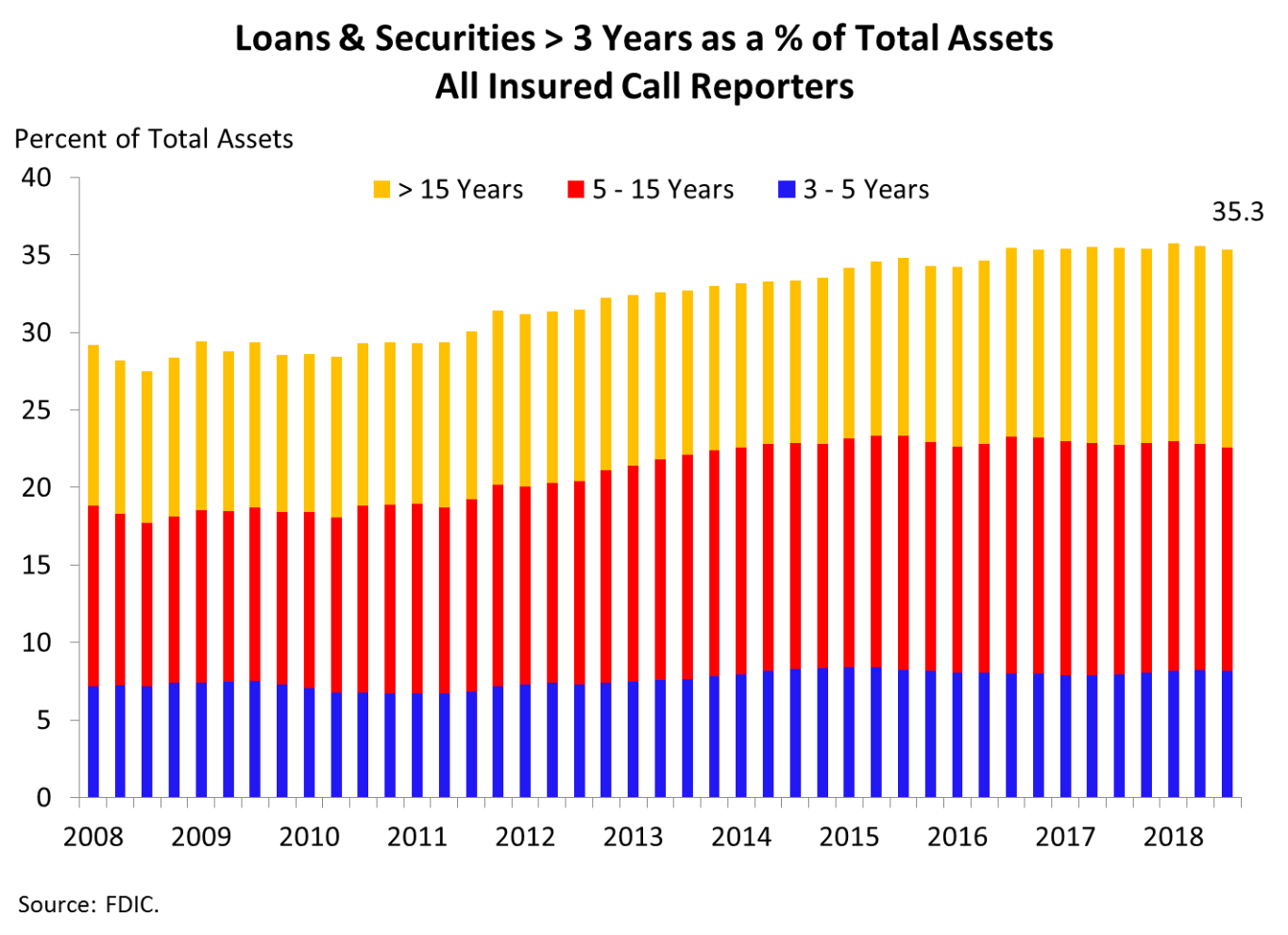 Chart 5 shows that the shares of longer-term assets relative to total industry assets remain elevated, with more than a third of industry assets maturing or repricing in three or more years.

Some banks have responded to the extended period of low interest rates by "reaching for yield" through investments in longer-term assets, while other banks have reduced their on-balance sheet liquidity – cash, federal funds – to increase overall yields on earning assets and maintain net interest margins.

Further flattening of the yield curve in conjunction with banks' increased proportion of long-term assets could be a headwind against future earnings.

So far, increases in interest rates have been largely beneficial to most banks as assets have repriced at a faster rate and in a greater amount than liabilities.

However, repricing of deposits in response to growing depositor demand for increased rates could result in earnings pressure for banks, particularly those that have a significant amount of long-term assets or those that rely on rate-sensitive deposits. 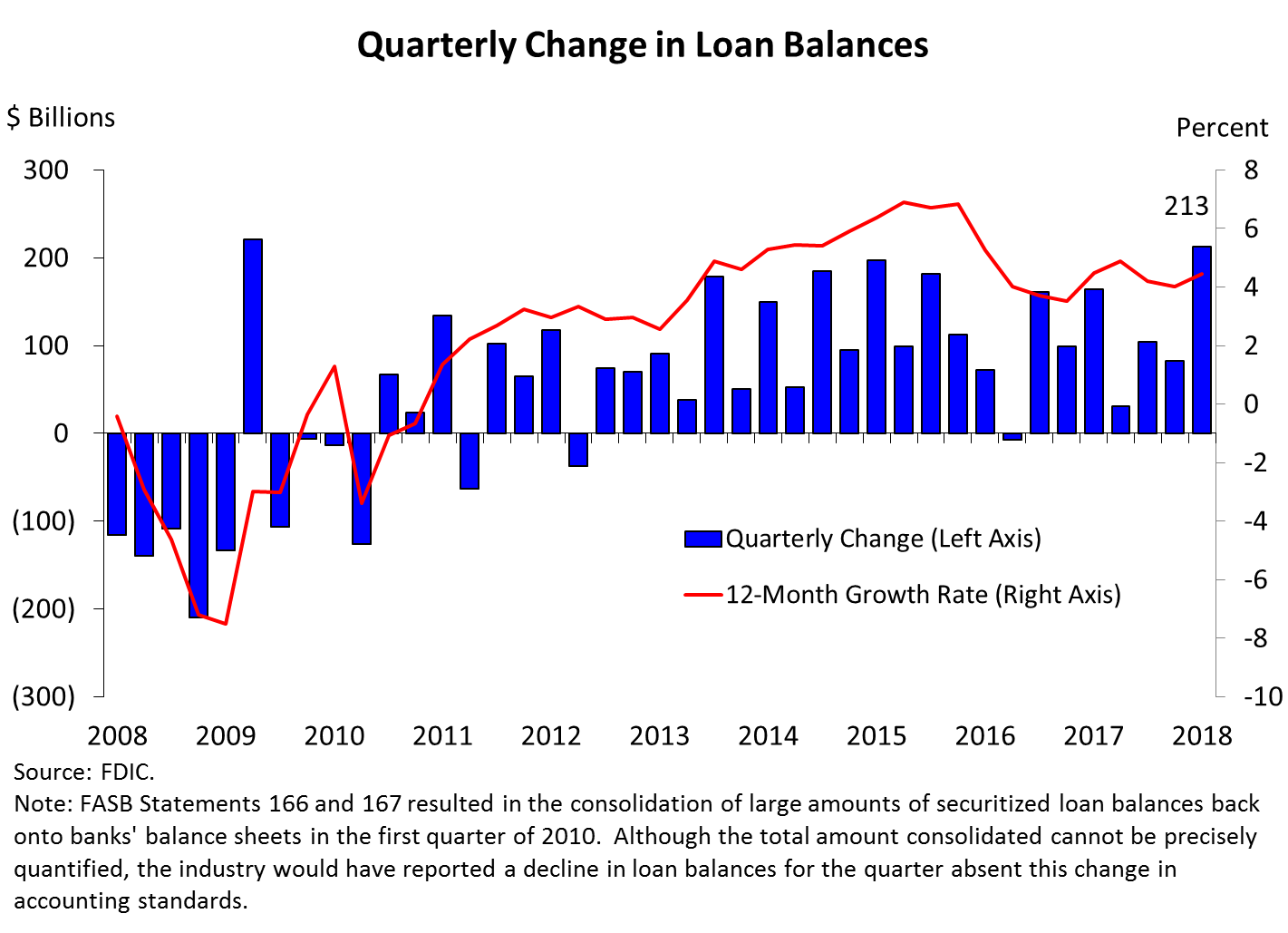 Chart 6 shows that loan balances increased by 213 billion dollars during the fourth quarter, as all major loan categories registered growth. The largest increases were in commercial and industrial loans and consumer loans, led by credit card balances.

Over the past year, loan balances rose by 4.4 percent. This is a slight increase from the 4 percent annual growth rate reported in the third quarter.

Loan growth at community banks was also strong, measuring 6.5 percent for the past 12 months, led by growth in commercial real estate loans, residential mortgages, and commercial and industrial loans. 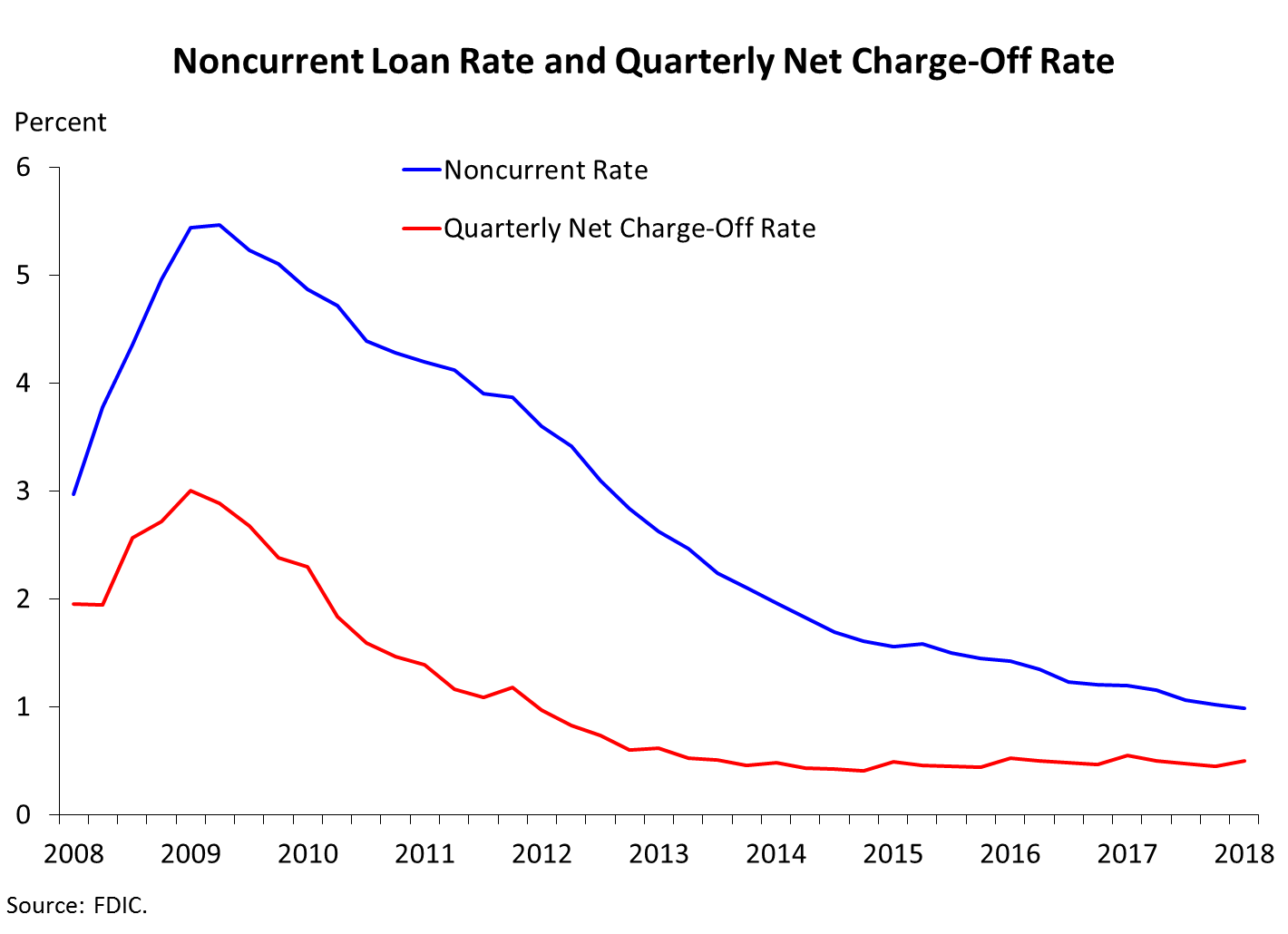 The next chart shows that overall asset quality indicators remain strong. The noncurrent rate declined from the previous quarter, and the net charge-off rate was lower than a year ago. Among the major loan categories, credit card balances registered the largest dollar increase in net charge-offs this quarter. However, growth in credit card volume outpaced growth in charge-offs, causing the net charge-off rate for credit cards to decline 6 basis points to 3.71 percent in the fourth quarter. This remains well below the recent high of 13.21 percent reported in first quarter 2010.

We continue to monitor trends in the agricultural sector. Commodity prices remain low, and net farm income has declined by roughly 50 percent since reaching its peak in 2013. Farmland loan delinquencies have ticked up, but remain relatively low. 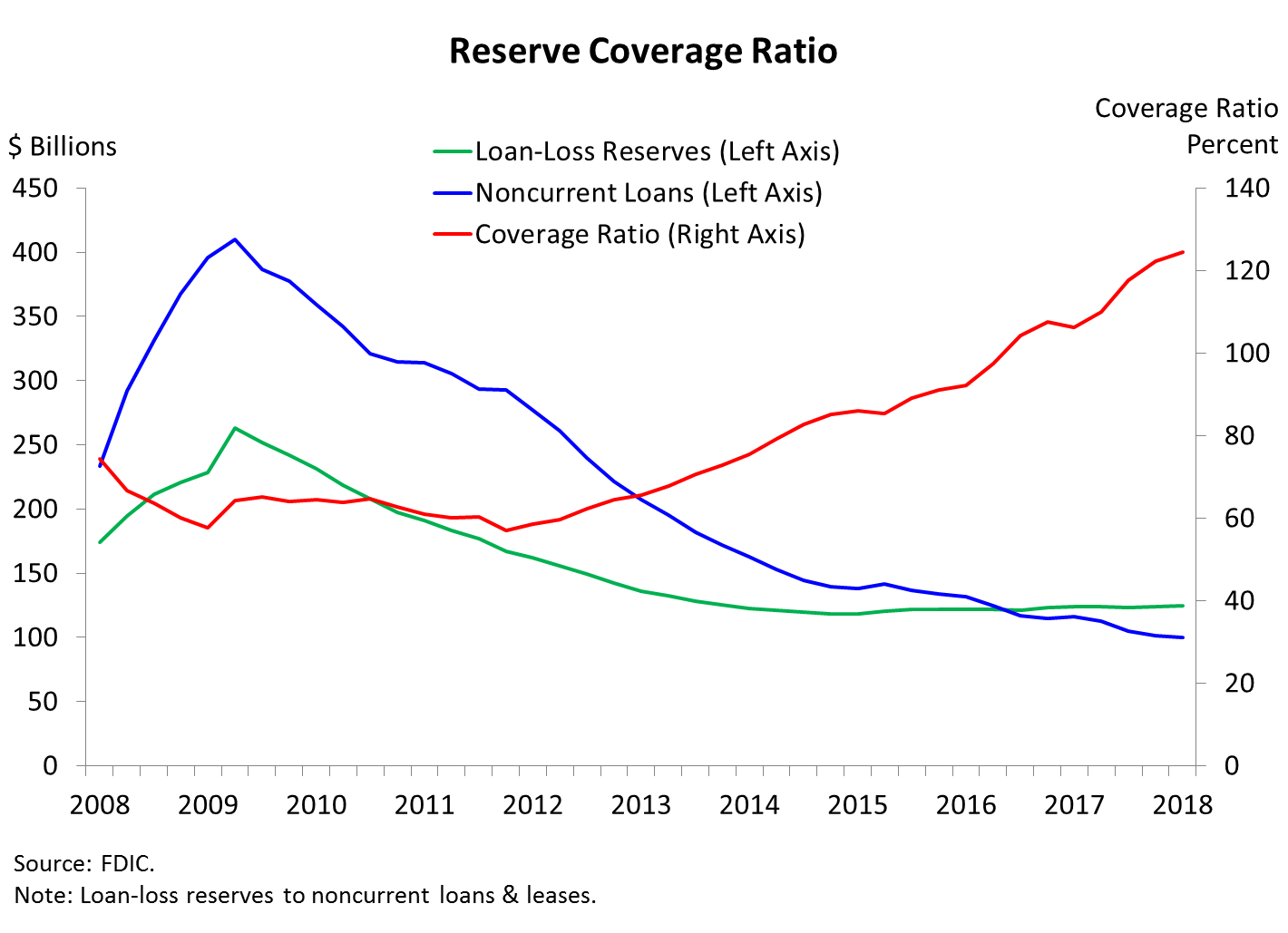 Chart 9 shows that the number of banks on the FDIC's "Problem Bank List" declined from 71 to 60 during the quarter. This is the lowest number of problem banks since first quarter 2007. Two new banks opened, and no failures occurred in the fourth quarter. No banks failed in 2018 – the first year with no failures since 2006. 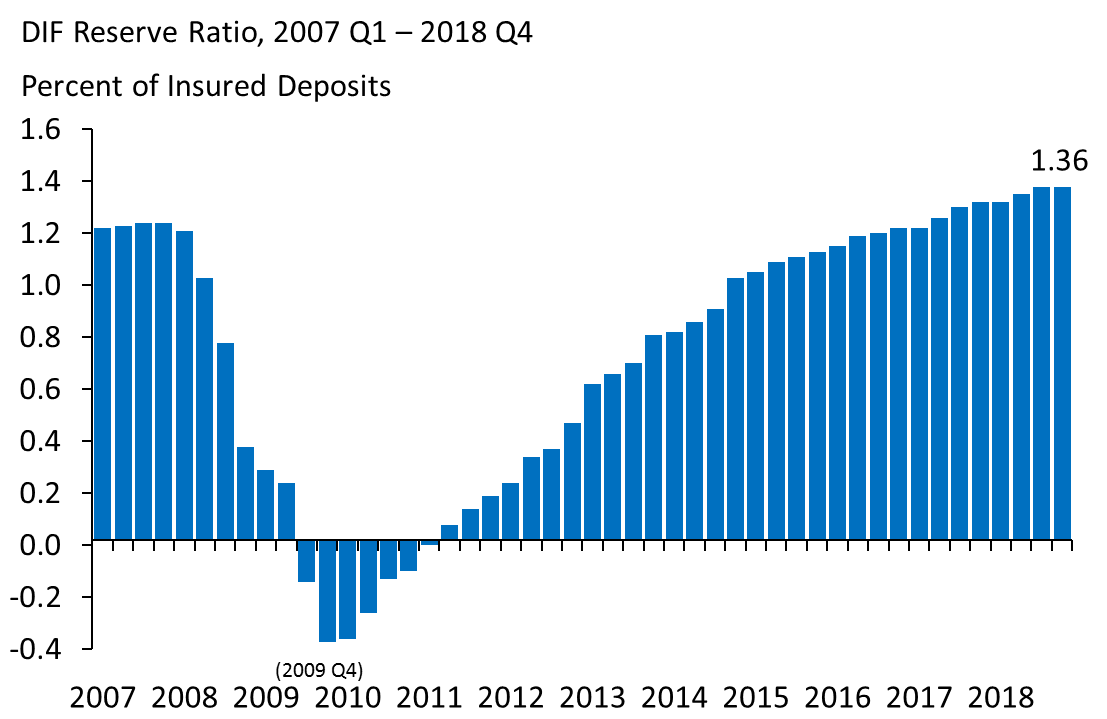 The Deposit Insurance Fund balance was 102.6 billion dollars on December 31, up 2.4 billion dollars from the end of the third quarter. The increase in the fund was largely driven by assessment income, followed by unrealized gains and interest income on securities held by the DIF. Estimated insured deposits totaled 7.5 trillion dollars at the end of September, increasing 2 percent in the fourth quarter and 5.1 percent over the past four quarters.

Chart 10 shows that the reserve ratio—the amount in the Deposit Insurance Fund relative to insured deposits—did not change from the third quarter, remaining at 1.36 percent on December 31, 2018.

Small banks will receive credits for the portion of their assessments that contributed to growth in the reserve ratio from 1.15 percent to 1.35 percent. These credits amount to 765 million dollars in aggregate, and will be automatically applied to offset the assessments of small banks in periods that the reserve ratio is at least 1.38 percent. The FDIC notified banks of their individual share of the credits in January.

We will now answer any questions you have regarding fourth-quarter performance of the banking industry.

And with that, we will take questions.