Professor Puri has served as the President of the Financial Intermediation Research Society. She has worked with multiple regulatory authorities serving on the Financial Advisory Roundtable, Federal Reserve Bank of New York and on the Model Validation Council, Board of Governors of the Federal Reserve System. She has also served on the Bose Committee on the commission structure of financial product distributors for the Government of India, and on the Advisory Board of CAFRAL, Reserve Bank of India. She currently serves on the International Association of Deposit Insurers (IADI) Advisory Panel, Basel, and as Senior Advisor, Center for Financial Research, Federal Deposit Insurance Corporation (FDIC). She is a senior academic fellow at the Asia Bureau of Finance and Economic Research. and a Research Associate with the National Bureau of Economic Research (NBER).

Professor Puri teaches an elective she created on “Raising Capital and Financial Technologies” for the MBA students at Fuqua. She has also taught a Ph.D class on Empirical Corporate Finance and has taught Advanced Corporate Finance, and Venture Capital Financing at Fuqua and Stanford Business School. She has mentored a number of Ph.D students who have been placed at the leading schools and institutions including Board of Governors, Columbia, Cornell, McKinsey, MIT, Purdue, and Yale University.

Haluk Ünal is a Professor of Finance at the Robert H. Smith School of Business, University of Maryland. He has been a research scholar at the FDIC Division of Insurance and Research for several years, a Senior Fellow at the Wharton Financial Institutions Center, and a member of the Standard and Poor's Academic Council. He is the Managing Editor of the Journal of Financial Services Research.

Amanda Heitz is an Assistant Professor of Finance at Tulane University’s A.B. Freeman School of Business. Her research interests broadly lie in the areas of banking, firm financial disclosure, and corporate social responsibility. She has presented internationally, won multiple awards for her research, and has published in prestigious journals.

Allen N. Berger is the H. Montague Osteen, Jr., Professor in Banking and Finance in the Finance Department, Darla Moore School of Business, University of South Carolina, since 2008. He is also Ph.D. coordinator of the Finance Department, and Carolina Distinguished Professor of the University. Outside the University, he is currently Vice President of the Financial Intermediation Research Society (FIRS), and will be its 2021 Conference Coordinator, and 2022 Program Chair and President. He is also Senior Fellow at the Wharton Financial Institutions Center and Fellow of the European Banking Center, and serves on the editorial boards of eight professional finance and economics journals. Professor Berger was editor of the Journal of Money, Credit, and Banking from 1994-2001, has co-edited seven special issues of various professional journals, and has co-organized a number of professional research conferences. He also co-edited all three editions of the Oxford Handbook of Banking, 2010, 2015, and 2019. His research covers a variety of topics related to financial institutions. He is co-author of Bank Liquidity Creation and Financial Crises (2016, Elsevier), as well as TARP and other Bank Bailouts and Bail-Ins around the World: Connecting Wall Street, Main Street, and the Financial System (2020, Elsevier).

Professor Berger received the University of South Carolina Educational Foundation Award for Research in Professional Schools for 2018, and was named Professor of the Year for 2015-2016 by the Darla Moore School of Business Doctoral Students Association. He also has won a number of best paper awards from different journals and finance conferences. He was Secretary/Treasurer, Financial Intermediation Research Society (FIRS) from 2008-2016; and Senior Economist from 1989 to 2008 and Economist from 1982-1989 at the Board of Governors of the Federal Reserve System. He received a Ph.D. in Economics from the University of California, Berkeley in 1983, and a B.A. in Economics from Northwestern University in 1976.

Skylar DeTure is a fourth year PhD student in the Accounting Department at the University of Texas. He is interested in using math and statistics to understand how accounting enables society to function efficiently. He likes playing with simulations, formal models, and real world data. He enjoys thinking about how the systematic collection, organization, and use of information can make commerce more efficient. Before entering the PhD program at UT-Austin, he studied math and statistics at the University of Chicago.

Jeremy Fox is the Shatto Endowed Chair of Economics at Rice University. Fox specializes in empirical industrial organization. Other fields of research include econometrics and labor economics. Before joining Rice as a professor, Fox worked at the University of Chicago and the University of Michigan.

Fox has worked on industries such as mobile phones, automobile manufacturing, and venture capital. He has also worked on firm productivity and labor market issues. Fox is known for his work on estimating models of two-sided matching games and of demand.

Ryan Hess is a fifth-year accounting Ph.D. student at the University of Texas at Austin. His current research focuses on income and non-income corporate taxation as well as tax avoidance and public policy. He was honored with the Fred Moore Assistant Instructor Award for Teaching Excellence for his instruction of the Introduction to Taxation course.

Ryan worked in Deloitte’s business tax services group for several years prior to his doctoral work. He holds a Master of Accounting degree from the University of Utah where he also earned an undergraduate degree in accounting.

Song Ma is an Assistant Professor of Finance at Yale School of Management (SOM). He is also an affiliated faculty member at Yale Law School Center for the Study of Corporate Law and Yale SOM Program on Entrepreneurship. He joined Yale SOM Faculty in 2016 after receiving his PhD in Finance from Duke University’s Fuqua School of Business.

Professor Ma’s main research interests are corporate finance, entrepreneurial finance, innovation, industrial organization, and business law. His research has been featured in top academic journals such as the Journal of Finance, Journal of Financial Economics, and Review of Financial Studies, and won numerous research awards. His research has also been referenced by legislator and policy makers around the world, including the Federal Trade Commission, EU Competition Commission, and UK Competition and Markets Authority.

Tom Mayock is an Assistant Professor of Economics at the University of North Carolina at Charlotte. He joined the department of economics in the Belk College of Business at UNC Charlotte in the fall of 2016. He received a Ph.D. in economics from Florida State University in 2009 and a Bachelor of Science in economics from Penn State University in 2003. Prior to joining UNC Charlotte, he was a senior financial economist at the Office of the Comptroller of the Currency and an assistant professor at Montclair State University. Tom’s primary research interests are urban economics, public economics, real estate and credit risk. His work has appeared in the Journal of Urban Economics, the Journal of Housing Economics, Real Estate Economics, Regional Science and Urban Economics, the Journal of Real Estate Finance and Economics, Public Finance Review, Land Economics and the Journal of Banking and Finance. Some of Tom’s research projects investigate the relationship between school segregation and the housing stock, mortgage contract choice, the role of large-scale developments in the mortgage crisis and the financial returns to homeownership.

Justin Murfin is an Associate Professor of Finance at the Charles H. Dyson School of Applied Economics and Management, Cornell University. His research interests include financial intermediation, financial contracting, and the mechanisms by which price and non-price terms of credit are established. Prior to his appointment at Cornell, Professor Murfin served as an associate and assistant professor of finance at the Yale School of Management. He completed his PhD at Duke University, has a masters in economics from SMU, and an undergraduate degree from Princeton University. From 1998-2003, he worked for Barclays Capital in New York, Miami and Bogotá, Colombia. 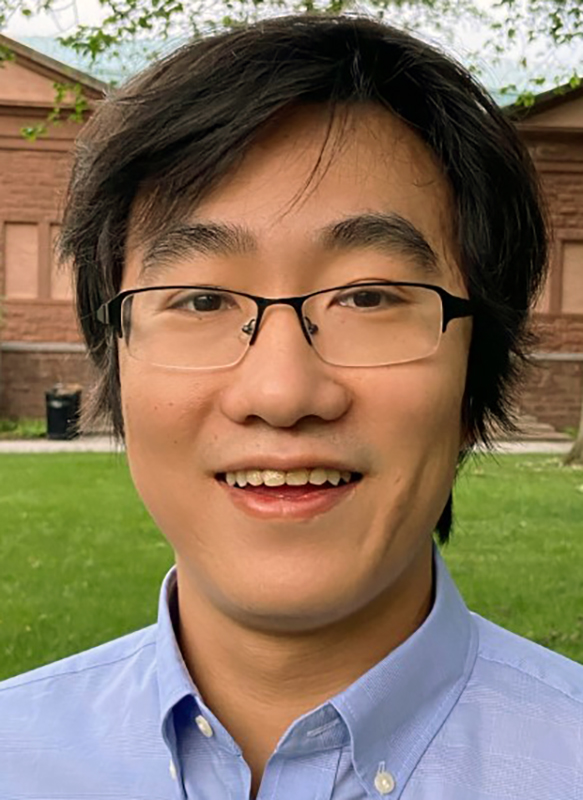 Jun Liu is currently pursuing a Ph.D. in Economics at Rutgers University. He has also worked as a research assistant at Rutgers. Mr. Liu graduated from the University of California, Santa Cruz with a Bachelor of Arts in Economics. His research uses data from the Free Banking Era to understand how trust in the banking system affects the likelihood of future bank failures and deposit withdrawals. Mr. Liu has also researched the interaction between bank asset quality and freezes in the interbank lending markets.

Andres Shahidinejad is pursuing a PhD in Economics at the University of Chicago Booth School of Business. He previously worked as a Pre-Doctoral Fellow at Stanford University and as a Senior Analyst at the Analysis Group. Mr. Shahidinejad graduated with High Honors from Brandeis University with a Bachelor of Arts in Economics. His research examines household credit outcomes at banks in comparison to credit unions.