Good morning, and welcome to our release of fourth quarter and full-year 2017 results for FDIC-insured institutions.

Results this quarter include one-time changes from the new tax law. Both fourth quarter and full-year net income declined, reflecting a one-time increase in income taxes from a revaluation of deferred tax assets and repatriation of income from foreign subsidiaries.

Notwithstanding the one-time impact of the new tax law, the overall performance of the industry continued to be positive. Net operating revenue rose, loan balances increased, net interest margins improved, and the number of “problem banks” fell below 100.

Community banks also were affected by the new tax law in the fourth quarter, primarily from the one-time revaluation of deferred tax assets. However, net interest income was up significantly at community banks, as net interest margins improved and their loan growth outpaced that of the overall industry.

The interest-rate environment and competitive lending conditions continue to pose challenges for many institutions. Some banks have responded by “reaching for yield” through investing in higher-risk and longer-term assets. So far, interest rates on deposits have not increased at the same pace as loan rates. Higher interest rates on deposits could result in narrower net interest margins.

Going forward, the industry must manage interest-rate risk, liquidity risk, and credit risk carefully to continue to grow on a long-run, sustainable path. These challenges facing the industry will remain a focus of supervisory attention.

Our first chart shows that industry net income was 25.5 billion dollars in the fourth quarter, down 41 percent from a year ago largely due to one-time charges resulting from the new tax law.

Excluding one-time income tax effects, we estimate that quarterly net income would have been 42.2 billion dollars. This is slightly below the industry’s net income from a year ago. 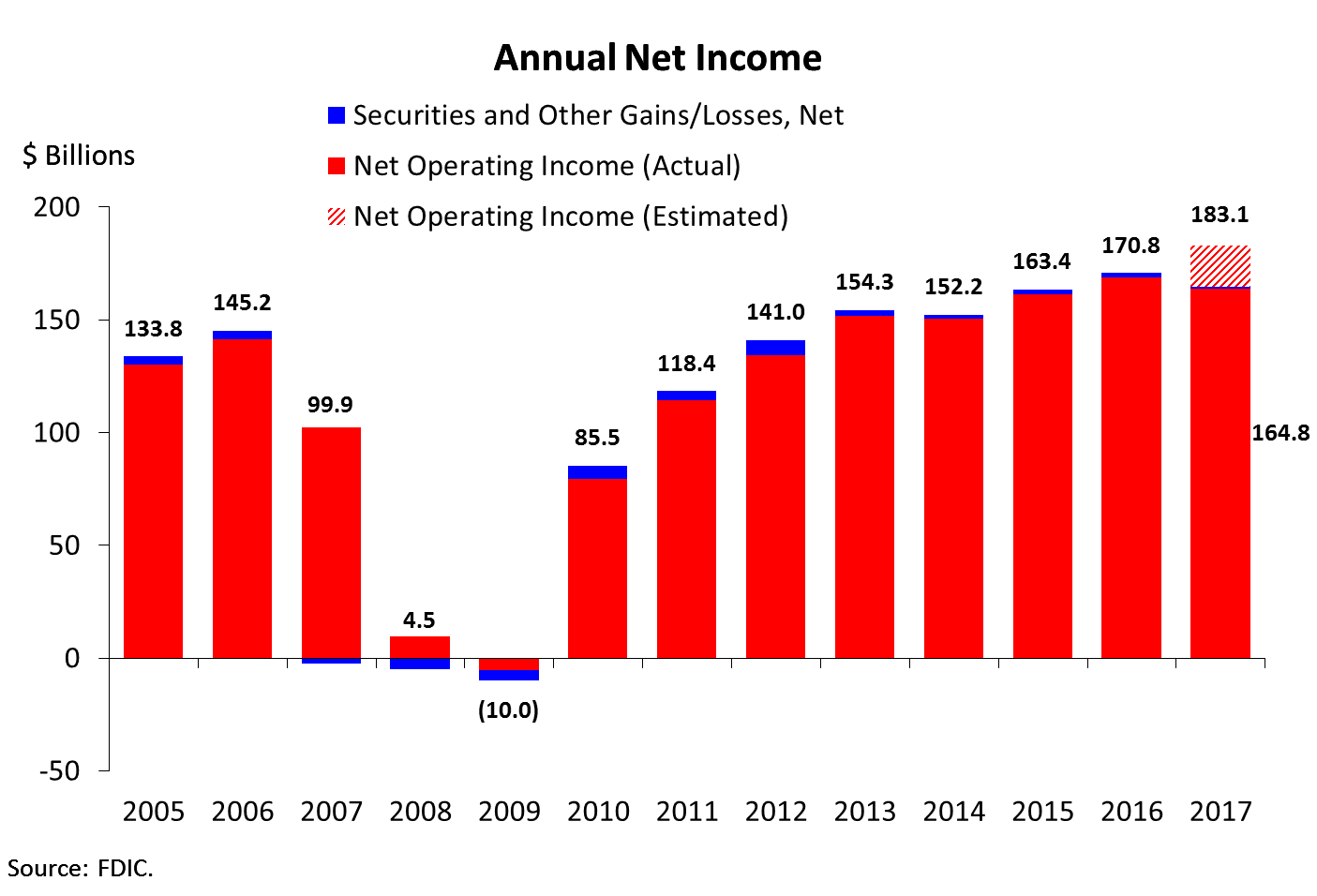 Chart 2 shows that full-year 2017 net income was 164.8 billion dollars, down 3.5 percent from 2016 due to one-time tax charges in the fourth quarter from the new tax law.

Without the one-time tax charges, we estimate full-year 2017 net income would have been 183.1 billion dollars, an increase of 7.2 percent from 2016. 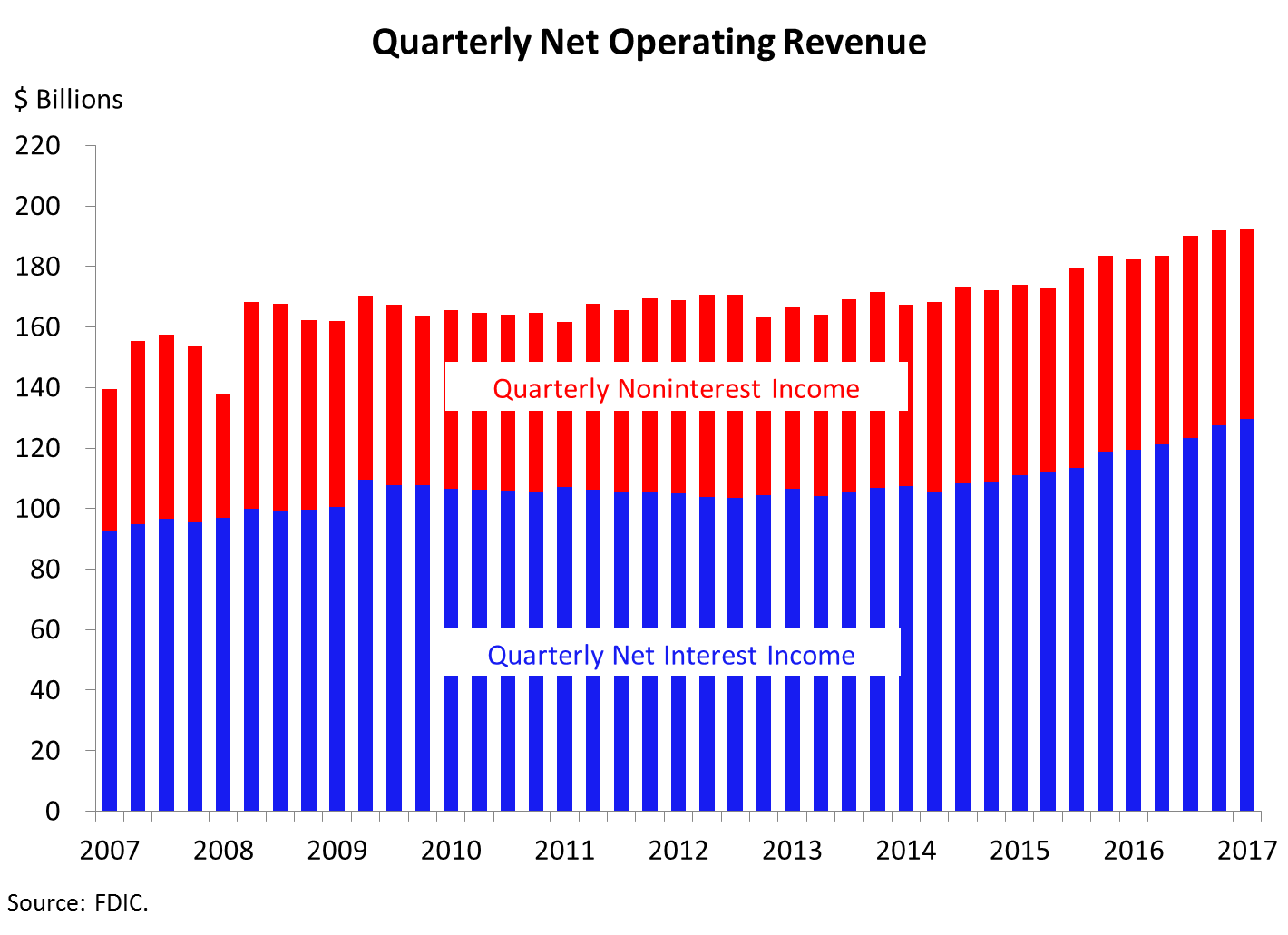 Our next chart shows that net operating revenue totaled 192.2 billion dollars in the fourth quarter, an increase of 5.5 percent from a year ago. The increase in revenue was broad-based across the industry, as 80 percent of all banks reported higher revenue from a year earlier.

The growth in revenue was driven by higher net interest income, which was up 8.5 percent from a year earlier. Noninterest income was down slightly from a year ago, due to lower income from servicing fees, trading, and net gains on loan sales. 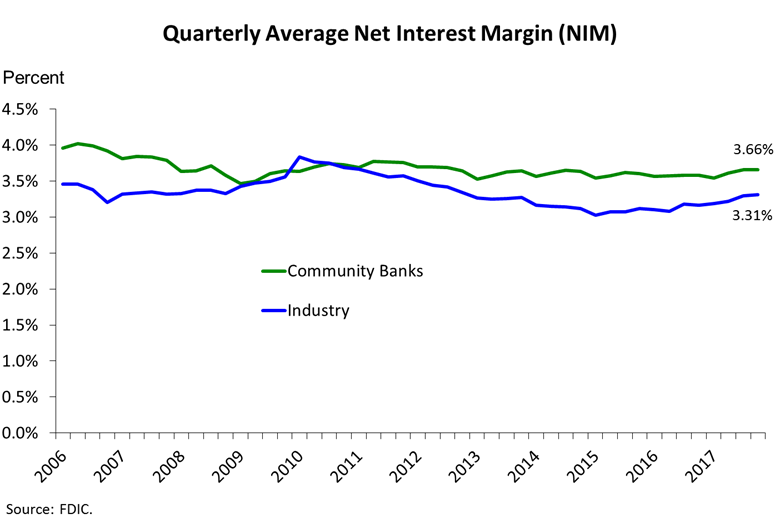 The growth in net interest income reflects improvement in net interest margins. Chart 4 shows that the average margin for the industry was 3.31 percent in the fourth quarter, up from 3.16 percent a year earlier. 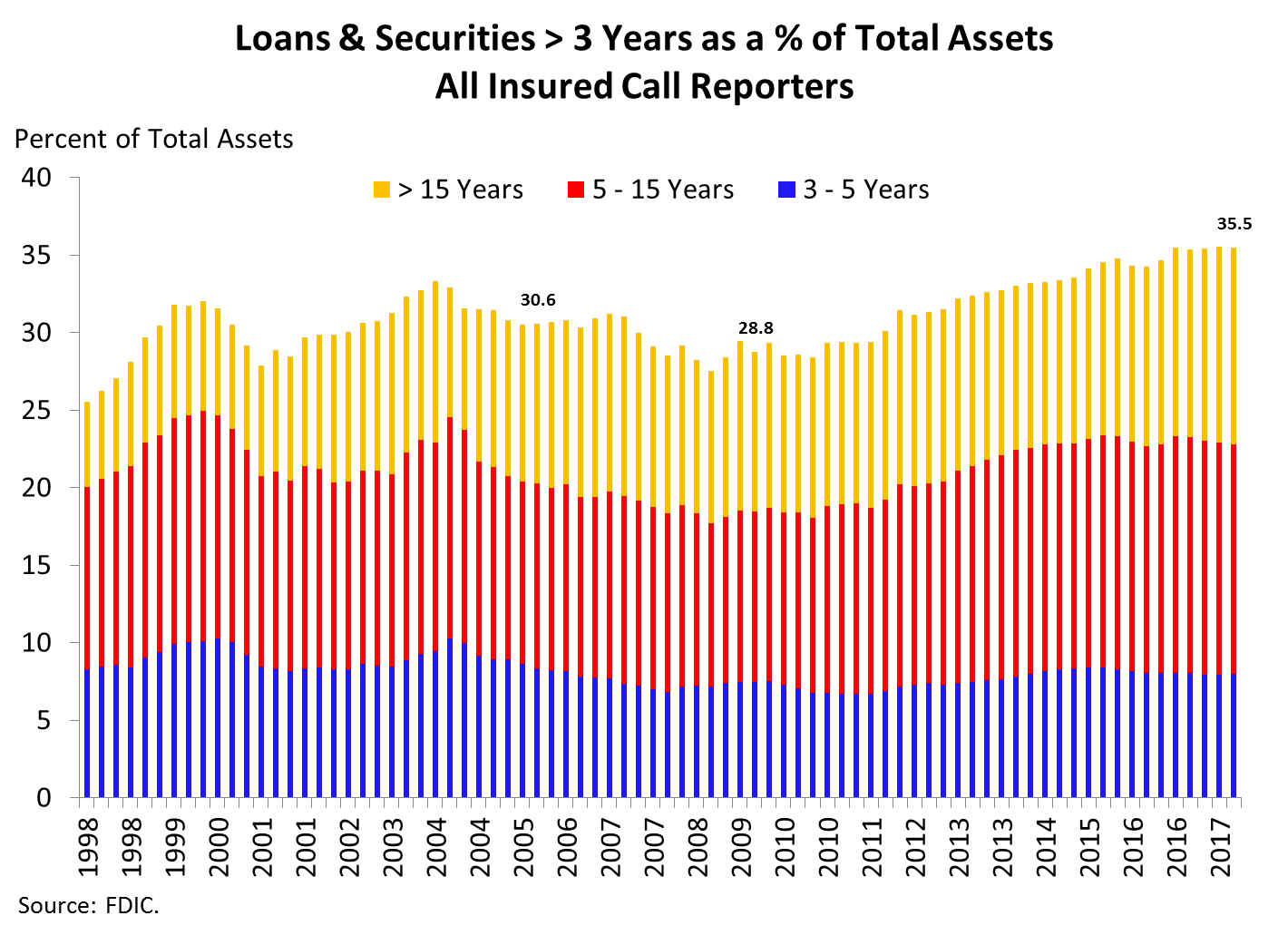 Chart 5 shows that the share of longer-term assets relative to total industry assets remains elevated, with over a third of industry assets maturing or repricing in three or more years. Banks have been extending asset maturities to increase yields and maintain margins in a low-rate environment. This has left banks vulnerable to interest-rate risk, and is a matter of ongoing supervisory attention. 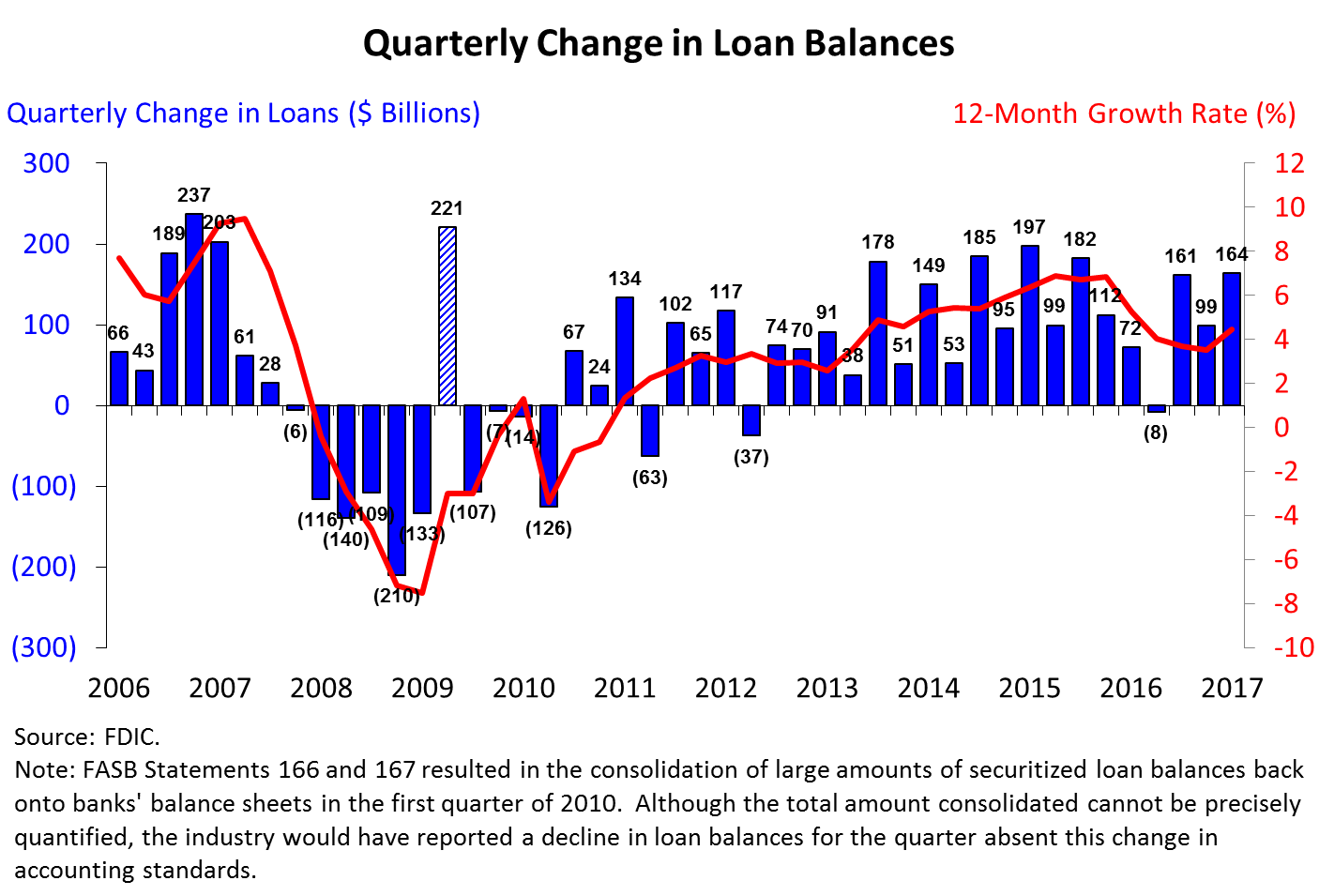 Chart 6 shows that loan balances increased by 164.1 billion dollars during the fourth quarter, as all major loan categories registered growth. The largest increase was in credit card balances, followed by commercial and industrial loans and residential mortgage loans.

Loan balances rose by 4.5 percent over the past year. This is up from 3.5 percent annual loan growth last quarter.

Our next chart shows that overall asset quality remained stable in the fourth quarter. The noncurrent rate was unchanged at 1.20 percent. The net charge-off rate increased slightly to 0.55 percent, but remains near its post-crisis low. Credit card balances registered the largest increase in net charge offs. 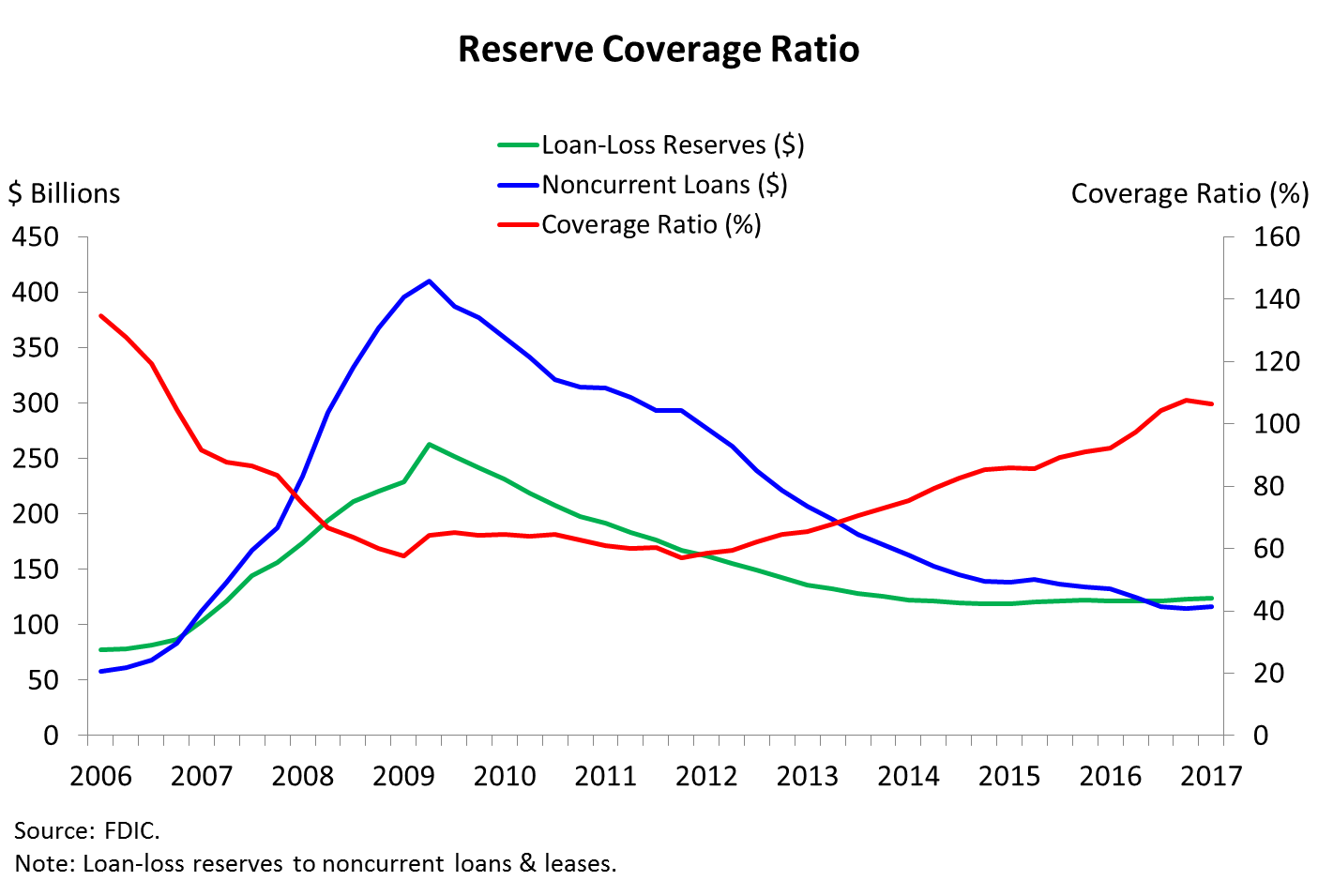 Chart 8 shows that the industry’s reserve coverage ratio, which measures loan-loss reserves relative to total noncurrent loan balances, was 106 percent at the end of the fourth quarter. Although down slightly from last quarter, the coverage ratio has been above 100 percent for the past three quarters. 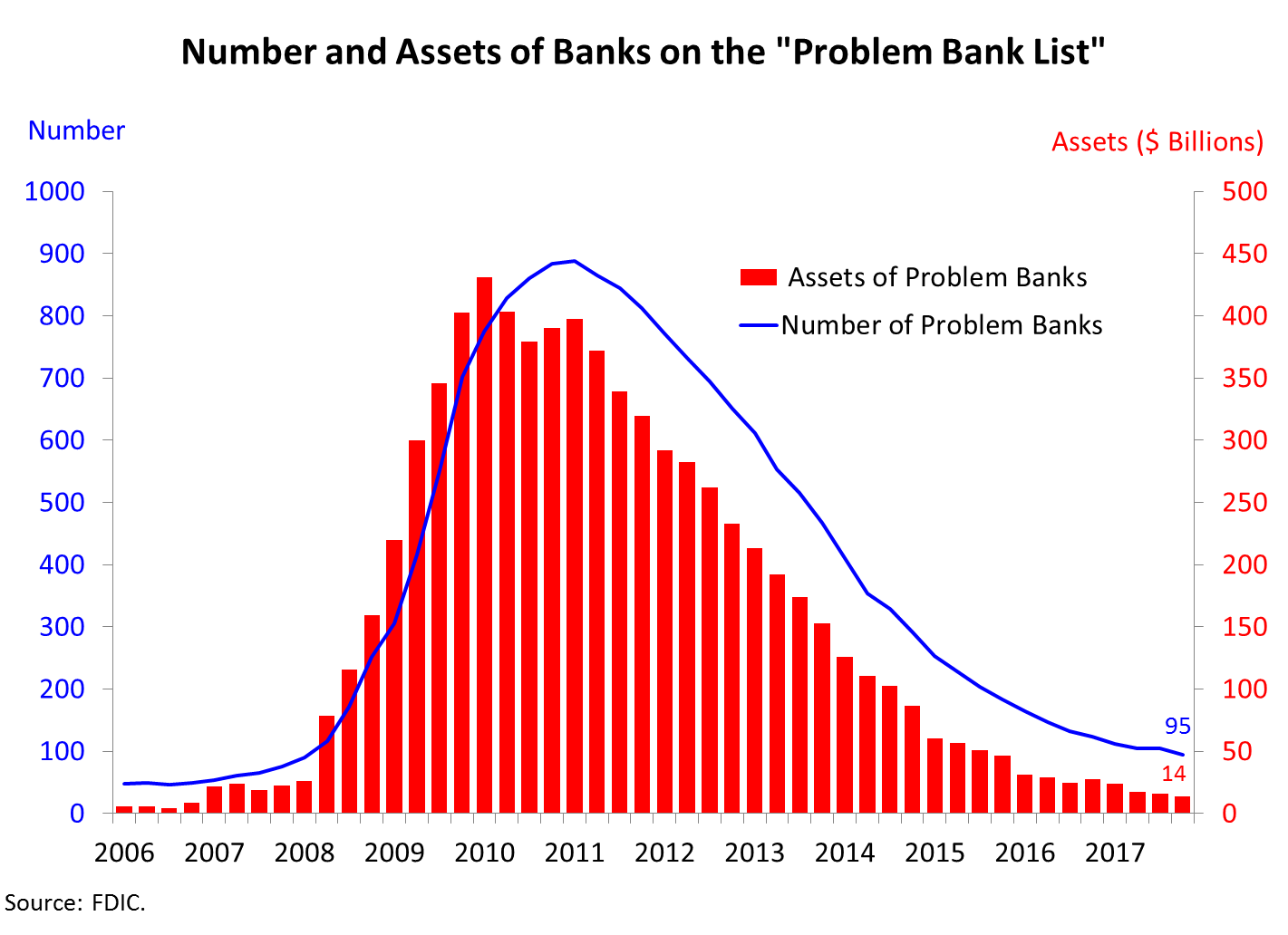 Chart 9 shows that the number of banks on the FDIC’s “Problem Bank List” declined from 104 to 95 during the quarter, the lowest number of problem banks since first quarter 2008. One new charter was added, while two insured institutions failed during the fourth quarter.

The Deposit Insurance Fund balance was 92.7 billion dollars on December 31, up 2.2 billion dollars from September 30. Assessment income drove most of the quarterly increase. Estimated insured deposits totaled 7.2 trillion dollars at the end of December, increasing 0.8 percent in the fourth quarter and 3.5 percent over four quarters.

Chart 10 shows that the reserve ratio—the amount in the Deposit Insurance Fund relative to insured deposits—was 1.30 percent on December 31, up from 1.28 percent at the end of last quarter. This is the highest reserve ratio since the fourth quarter of 2004.

As required by law, the Deposit Insurance Fund must achieve a minimum reserve ratio of 1.35 percent by September 30, 2020.

We expect the reserve ratio to reach 1.35 percent this year, ahead of the statutory deadline.

Community banks also were affected by one-time tax charges. However, their net interest income increased, net interest margins improved, and their loan growth outpaced that of the overall industry.

While banks continue to report steady improvement – notwithstanding the one-time effects of the new tax law – the operating environment for banks remains challenging. An extended period of low interest rates and an increasingly competitive lending environment have led some institutions to reach for yield. This has led to heightened exposure to interest-rate risk, liquidity risk, and credit risk. These risks must be managed prudently for the industry to continue to grow on a long-run, sustainable path.

I’ll now be glad to respond to questions.